April 26, 2019
Share on Facebook Share on Twitter Google+ Pinterest LinkedIn Tumblr Email
In the previous article, you have learned about what the JMeter is and how to get started with JMeter that includes all about installing of JMeter and creating the first JMeter test. In this tutorial, you will learn about the different types of assertions in JMeter along with the examples of their uses for testing the software. We have also mentioned about the assertion in some previous articles written on selenium webdriver and Selenium IDE. In JMeter, assertion confirms the validity of the test plan by

Types of Assertions in JMeter

Following are the common types of assertions used on JMeter.

Before adding assertions on JMeter test plan you have to add a sampler i.e. HTTP Request and some listeners such as “View Results Tree” and “View Results in Table” as given on the previous tutorial “Getting started with JMeter“. Use the following steps to setup response assertion after adding samplers and listeners in JMeter.

Use the following steps to setup duration assertion in JMeter.

Use the following steps to setup size assertion in JMeter.

we will use XML assertion in JMeter to check whether the provided URL consist of valid XML data. If the invalid XML code found, failure will be reported with an assertion failure message.

To verify XML assertion, you just have to add XML Assertion same as the way of adding other assertions and run the test plan. Following screenshot shows the test result when tested with HTML page.

Similar to the XML assertion, HTML assertion validates HTML syntax of the HTML document. It will check whether the response received is a well formed HTML, XHTML or XML document and show the validation messages.

You can add HTML assertion going through Thread Group same as adding other assertions. You can select the document type and HTML formats such as HTML, XHTML or XML as shown on the screenshot below and run the test plan to view the results.

The Xpath assertion will find the specified HTML element in XPath format is present or not. It also returns the number of occurrences if the target element was found. 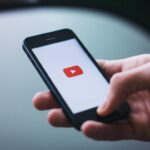 7 Ways of Earning Money by Uploading Videos on YouTube How to get started with JMeter – Step by Step Guide